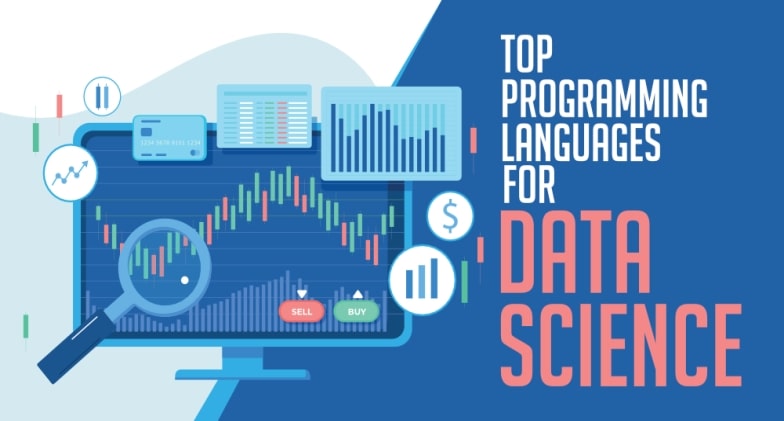 What is the best data science programming language?

Previous articleA Brief Look at the History of Wagon
Next articleAre You Bothered by Pests at Cedar Park: Here’s the Help You Need!

If you want to work in the field of data science, you’ll need to learn many programming languages because a single language can’t tackle all of the challenges. Your skillset will be incomplete unless you master the specific ones typically utilized in data science.

More data is produced daily than ever produced in the prior centuries! Data Science is an evidently popular field because it is necessary to evaluate and process this data to gain relevant insights. Therefore, the question today is, “Which language should I use for Data Science?”

The top programming languages for Data Science are included in this article. Each of these languages has its advantages and disadvantages, and each is best suited to a specific application. So, let’s look at these languages, but keep in mind that you should get a data science certification to have a thorough understanding of data science.

Python is one of the most popular programming languages for data scientists. It’s popular not just because of the wide number of tasks it can complete, but also because it’s user-friendly and free. It employs a readily readable language, emphasizes whitespace, and uses English terms instead of punctuation in other languages, all of which make it straightforward to learn.

Python has grown in popularity for a variety of reasons. It emphasizes readability, is dynamically typed, and has simple syntax, making it very simple to pick up and use. It also offers a huge ecosystem of libraries for data preprocessing and analysis (NumPy, SciPy, Pandas), visualisation (Matplotlib, Seaborn, Bokeh), and other things.

Perhaps most importantly, as machine learning and deep learning evolved and became more common, Python grew to include ground-breaking platforms and libraries such as scikit-learn, Keras, Facebook’s PyTorch, and Google’s TensorFlow.

R is an open-source programming language commonly used for statistical computing, and it is widely used for data mining, purification, analysis, and visualisation. You can use R directly from the command line or through graphical user interfaces like RStudio or Jupyter Notebook. On the Comprehensive R Archive Network, R has a thriving developer community.

Because Statisticians created R for statisticians, it might be considered one of the greatest languages for Data Science. It’s also incredibly popular, with a vibrant community and several cutting-edge libraries. In actuality, many R libraries include a wide range of data management and analysis methods, tools, and approaches. Each of these libraries specializes in a certain area, such as image and textual information management, data analysis, data visualisation, web crawling, machine learning, and so on.

SQL, or Structured Query Language, is a programming language designed for organizing and retrieving data from relational databases. As data science is largely concerned with data, this terminology is crucial. The major role of data scientists is to transform raw data into relevant insights, which involves using SQL to acquire and pull information from a database.

Oracle, MySQL, SQLite, Postgres, and Microsoft SQL Server are just a few popular SQL databases available to data scientists. BigQuery, in particular, is a data store that can analyze petabytes of data while also allowing for extremely long SQL searches. You can use SQL extensions to run more complicated processes alongside a database. However, it’s mostly used to interface with relational databases.

The internet’s native language is JavaScript, and it’s always changing. Java is one of the oldest programming languages, and it is also very significant in data science because it is platform-independent. Hive, Spark, and Hadoop, for example, are all Java-based big data and data science tools. Because Hadoop is based on the Java virtual machine, a thorough understanding of Java is required to use it. In addition, numerous data science libraries and tools, such as Weka, MLlib, Java-ML, and others, are written in Java.

Julia is swiftly becoming one of the most popular programming languages for data scientists and machine learning professionals. While it is a general-purpose language, data scientists find its capabilities handy for numerical analysis, making it a good replacement for Python.

In this post, we examined the most often used programming language in data science, but which language should you use? It all depends on the product you’re working on. Java is the ideal choice for Big Data solutions that use existing frameworks. If you’re building Big Data streaming applications, Scala is a good option, while R is best for data analysis and statistical computing. Python is used for machine learning and predictive modeling.

Data science is a discipline that encompasses both knowledge and intellect, with programming languages cultivating the deepest roots. Students who are currently employed can participate in Great Learning’s PG in data science online course, which explains the above-mentioned data science languages and how they can help them succeed in the big data world. It is the best online certification course for data science.