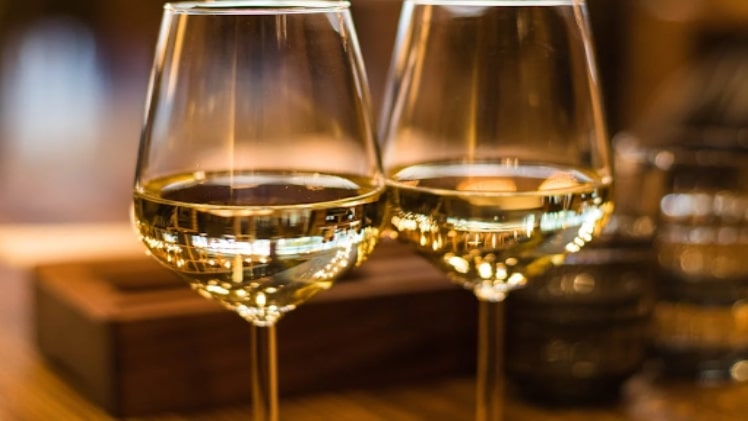 The Origin of Cannabis Wine

The industry for CBD wine has expanded and will continue to grow over the next few years as a result of rising interest in non-alcoholic beverages and increased knowledge of the health advantages of CBD products in both developed and emerging nations.

Additionally, millennials’ increasing use of CBD wine and weed drinks drives up demand everywhere. With this product booming, let’s peek at how this innovative wine started before all this popularity.

Read on and take a trip back into the origin of cannabis wine.

These CBD-infused concoctions are created using wine grapes from reputable places. The experience is caused by adding a water-soluble cannabis mixture to dealcoholized wine rather than alcohol itself.

Despite the fact that CBD appears to be in virtually everything these days, you should attempt to talk with a licensed expert regarding your CBD consumption, for example, look at the Medical Marijuana card in New York.

Although commercially available cannabis wine is manufactured using cutting-edge methods and equipment, the practice of infusing wine and other liquids, including tea, coffee, water, and milk, dates back thousands of years.

Like creating weed tea, the traditional methods for preparing weed wine only include soaking cured, dried, and decarboxylated marijuana in your preferred wine.

Even though the idea of cannabis wine may appear contemporary, the mixture has existed since the B.C. period in ancient Egypt. Cannabis-infused wine may have been used for either medical or recreational purposes, but researchers remain unsure.

Back then, cannabis-infused wine might have been produced in various ways, but the desired effect—a calming, energizing, and soothing experience—was always the same.

2015 saw the discovery of the body and tomb of a 30-year-old Gaul man of the Arverni tribe. Buried alongside him was a wine memorial offering.

The tomb dated back to the second century B.C. and was discovered by archaeologist Hervé Delhoofs in central France.

Before cannabis remnants were discovered in the wine three years later, nobody gave it much of a second thought.

Although it was mostly employed to improve the wine’s flavor rather than for its medicinal properties like some current cannabis wines.

Nearly 3,000 years ago, the ancient Scythians, also called the Saka, used cannabis with wine in one of the oldest documented mixtures of these two ingredients. This nomadic group wandered the Eurasian Steppes from roughly 600 BCE to 400 CE.

In their daily routines, they drank a lot of wine and used a lot of cannabis. They also infused both wine and CBD together. Using cannabis and alcohol was crucial to Scythian religious rituals and diplomatic negotiations.

Though CBD wine is still great for social gatherings, much has changed. 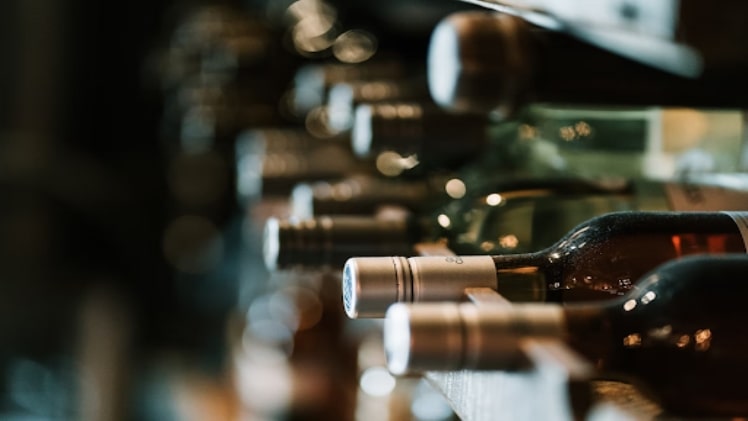 Nowadays, we deal with alcohol by using technology to take the alcohol out of it and add cannabis to it. Wine with CBD infusions is a tasty, non-alcoholic, and non-psychoactive beverage with a calming effect.

Back then, the flavor of the wine was lessened when alcohol was removed. Still, modern weed wines are committed to preserving the taste of the original beverage, making them nearly indistinguishable from conventional wine.

Instead of just steeping the cannabis in the liquid, modern weed wine producers use mixed nanoemulsions. Oil-based, water-soluble solutions known as nanoemulsions are more easily dissolved in liquids.

Energy is used to break up oil into smaller droplets to create emulsions. To ensure that the droplets stay suspended in liquids, they are enclosed in specially prepared solutions.

Cannabis remains caught in the conflicting crosshairs of federal and state legislation and is set to contribute to entirely new categories of consumer goods, including canna vine.

Because of its federal legality, CBD has dominated the market in recent years, even though states still have rules and regulations limiting the sale of the chemical.

Where To Get CBD Wine

As we close, one last issue remains where to buy cannabis-infused wine. You won’t have to dig up any mummies to find a bottle of CBD wine.

Crybaby wine, a family-owned winery in California, delivers high-quality yet affordable wines for you to enjoy. They have an excellent selection of CBD-infused wines to choose from.

Here are a few wines from their CBD wine selection:

Try a bottle of the award-winning red wine blend of their CBD + Sangria mix. Crybaby wine describes this wine as a wine that emits a bouquet of deep fragrances reminiscent of blackberries and currant.

CBD Sangria has a rich and earthy palate with dark undertones of cedar and oak accompanied by elegant notes of vanilla and berries.

This wine gives the sensation of relief, perfect for a relaxing evening by yourself, with friends, or with a special someone!

Crybaby also produces a CBD Chardonnay for those who like white wine. It’s a flavorful wine with a medium body and a velvety mouthfeel.

Some say this CBD Chardonnay Blend maintains its equilibrium from the get-go, while others praise its “bounty of exotic fruity aromas.”

Want to try it all? Go ahead and grab the CBD Wine 4-pack. It contains one bottle each of their 3rd Generation CBD Sangria, CBD Chardonnay, CBD Cabernet, and CBD Rose blends.

Although it has not been defined and pinpointed where CBD wine originated, CBD wines have been around for centuries. Though many have changed, one thing remains. People love CBD-Infused wines.

It’s been used for ceremonial, religious, ritualistic, diplomatic, and recreational reasons. In the contemporary world, we don’t dance around a fire chanting while drinking our wines anymore, but we have our ways of enjoying CBD wine.

Traditionally, CBW wines were made similar to tea, where you steeped the cannabis in the wine. Creating CBD wine involves a different process where droplets of cannabis oil are made water-soluble for a better blend.

Modern CBD Wine is often dealcoholized because of some regulations that don’t allow the mix of alcohol and CBD.

If you’re looking for high-quality yet affordable CBD wine, we recommend you check out Crybaby Wine.