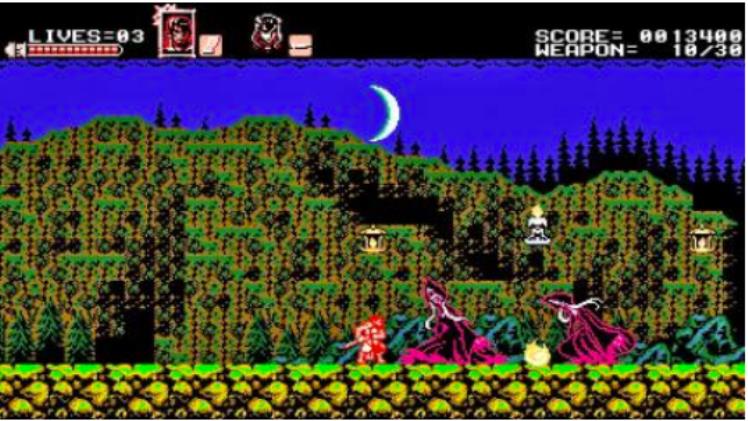 Retro is not just retro: when the games are really ‘old’.

Previous articleiGaming Spotlight: New Microgaming Slot Releases for Fall/Winter 2022
Next articleEmergency Garage Door Repair; What to do when disaster strikes?

Headlines aimed at the ‘old’ have long enjoyed success – with one catch: not everything that says ‘retro’ on it is retro…

Retro at all costs

The appeal starts with the first visual impression: for those who lived through the 1980s or 1990s, games from that period radiate their own charm. They remind you of your childhood and evoke a sense of nostalgia. The bumpy transition from the second to the third dimension that occurred in the mid-1990s was particularly formative. The 16-bit gems Super Probotector, Thunder Force 4 and Lionheart, released in 1992, are prime examples. The action titles still look pretty chic today. In contrast, popular games such as the arcade racing game Ridge Racer (1993), the Japanese RPG Final Fantasy VII (1997) or the first-person shooter Halo (2001) have become increasingly popular after only a few years, because 3D game technology is developing at a rapid pace. So it’s not surprising that some people are turning away from polygons and preferring the classic side perspective.

Our example of Sword & Sworcery should show that a true retro game should be based on the style of an old classic. Fox n Forests, recently released for PC, Playstation 4, Nintendo Switch and Xbox One, for example, succeeds in this, in which you leap across dreamy pixelated landscapes with an armed fox. The strikingly saturated colours are again a touchstone for excluding a true retro feel. However, unlike Sword & Sworcery, the size ratio between character and background and the animation, which consists of just a few well-drawn phases, is just right. Nintendo Entertainment System hardware

is particularly popular with retro game developers because, on the one hand, it has so many fans, and on the other, it’s easy to emulate. That’s why Steam is brimming with 8-bit games like Alwa’s Awakening (2017), Clash Force (2017) and Super Cyborg (2015). Bonus games like Bloodstained: Curse of the Moon, which is being made alongside the planned Ritual of the Night and has already been completed, are particularly cool. Technically it may not be particularly challenging, but it will delight the heart of every Castlevania fan simply because of the typical NES presentation.

Life of Pixel (2014) shoots a retro bird that copies the style of another system on each of its levels. That’s why you bounce around the blocky world of the Atari VCS 2600, enjoy the monochrome background of the ZX Spectrum and feel at least 25 years younger thanks to the colourful Amiga background.

Total Annihilation (1997) and Outcast (1999) soundtracks. However, the weakness of the complex musical accompaniment is just as quickly revealed: it ignores the distinctive melodies we’ve come to love, such as in Super Mario Bros. (1985), The Last Ninja (1987) or Turrican (1990). Because of its early development, retro music is particularly wide-ranging. Some composers, such as Jesper the Kid from Denmark (Assassin’s Creed 2, Hitman: Blood Money), continue to focus on recognisable catchy tunes, but use their best synthesiser equipment to do so. Others work exclusively with instruments created by the NES, Game Boy or Commodore 64. The name of this style: Chiptune.

The first-person shooter Timesplitters 2 (2002) is one of the oldest examples of Chiptune soundtracks’ success: it was the music snippets from the mini-games Anaconda, Astrolander and Retro Racer which attracted the most attention with their decidedly old-fashioned electronic sounds. Their sound was reminiscent of the legendary SID chip dormant inside the C64. Most were artificially created to look

However, the soundtracks are based on the NES, including Jake Kaufman’s Shovel Knight (2014). For a quirky tribute to Mega Man, the Native Americans only used ‘instruments’ created with the Japanese NES (Famicom). These days, composers draw from a mass of options and prefer to mix the old with the new. You can hear this beautifully in Toby Fox’s fantastic action music from the popular role-playing game Undertale (2015). At first they sound squeakier than any Game Boy, but from loupe to loupe they intensify and culminate in a technically outstanding synth-orchestral sound. The results thus look retro and modern at the same time.

However, as the developers didn’t significantly change anything else, they expertly conveyed the atmosphere of the original for the Playstation 2. In contrast, Square Enix’s mixed polygonal version of the RPG Secret of Mana did not succeed in doing so . In rare cases, a few details are enough to create the feel of old games. This includes the indie platformer Octahedron (2018), though it’s full of bright neon effects and unusual gameplay elements. Nevertheless, the simple platform design, controllable levels and tar-black backgrounds create a subtle 8-bit style that reminds us of China Miner or Bounty Bob Strikes Back! (both 1984) remembered.

A revival of forgotten genres

A genuine sense of retro doesn’t have to go hand in hand with the presentation or atmosphere of a game. Instead, it can be about the idea or the concept. The breakthroughs of crowdfunding platforms like Kickstarter, Indiegogo or Fig prove this, so we’re once again hoping for space action a la Privateer (1993) with Star Citizen, thanks to Pillars of Eternity (2015) for classic RPGs.

In the style of Baldur’s Gate (1998) and even getting a new Shenmue (1999) next year. The Kickstarter also shows how the term ‘retro’ is interpreted in different ways: Tim Schafer’s Broken Age (2014) may be a kind of retro experiment for some, because it has pulled point-and-click type adventures from the grave that were considered dead. That’s not the case for the Germans, however, because the genre had already experienced a new heyday in Germany a few years earlier with The Tunguska Secret Files (2006), Edna Breaks Through (2008) and The Book of Unwritten Tales (2009). Ultimately, Broken Age is a good game, but the graphics and story are a far cry from the old milestones from LucasArts and Sierra Entertainment. If you really want to experience a true retro adventure, you’re better off with Ron Gilbert and Gary Winnick’s Thimbleweed Park (2017). It’s no coincidence that the background graphics, with their dark blue tones, are immediately reminiscent of The Mystery of Monkey Island (1990), as its original artist Mark Ferrari worked on the drawing board. On the other hand, the characters are similar to Maniac Mansion (1987) and Zak McKracken (1988) because of their huge heads and simple walking animation.

The decisive retro factor has to do with the story and puzzles: the story is told in brief dialogues, and the focus of the game is on collecting and combining countless items. Almost every LucasArts fan is thrilled with the result and takes

But it can be turned off if necessary. There’s a similar case in the racing games sector: the delightfully simple Horizon Chase (2015). Originally developed for tablets and only recently released in a turbo version for PC and PS4, the racing game deliberately eschews real driving physics and relies on simple, twisty top speeds in which only your reaction speed matters. While the graphics have little in common with its quasi-predecessors Lotus Turbo Challenge (1990) or Top Gear (1992), the developers have at least benefited from their original composer Barry Leitch, who created an entire bag full of synth tunes.

The relevance of the story in a video game is debatable even among retro fans. The fact is that in the 1980s and 1990s it was more of a nice accessory than an adventure and role-playing game. Today, however, even every silly first-person shooter is equipped with massive cutscenes and dialogue. Not everyone likes it; after all, some would rather gamble than watch. That’s why some players want action games to tell their story, as in the days of Super Nintendo, in a short introduction at best. A discipline in which the actually fantastic Iconoclasts (2018) fails miserably, because well-written dialogue is constantly wedged in between gameplay. Super Time Force (2014) at least tries to find a compromise: individual levels can be completed without any glitches, but you have to experience relatively long story sequences in between.

The current 2016 Doom lurks at the other end of the sample scale: the first-person shooter is technically modern and entices with a brilliant industrial metal soundtrack, so the game really has nothing retro about it. But even more refreshing is the plot, which is a familiar genre: Doom initially offers a course similar to other modern action games, until you get swept away by some guy on screen. It reeks so badly of the character that it smashes the screen and you can get into the action without delay. Big!