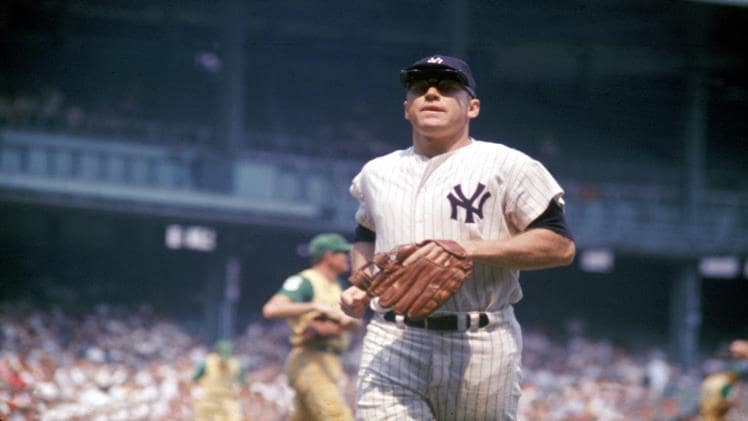 Previous articleHow to Get the Best Eyeglasses
Next articleTom Brady: From Unheralded NFL Draft Pick to the GOAT

Mickey Mantle is known as one of the best MLB players of all time, but he played long before people were frantically searching for MLB odds for betting purposes. A long list of MLB legends have starred for the New York Yankees; Mantle remains one of the best.

Mantle was a star for the Yankees in the 1950s and 60s, which was a period of dominance for New York in the American League. His terrific career ended with an induction into the Major League Baseball Hall of Fame in 1974.

You could write a book about Mantle’s career, but even a short biography will tell the story of how impressive his career was. Star players are always responsible for impacting MLB lines, and that’s exactly what Mantle did during his career.

Mantle was born on October 20, 1931, in Spavinaw, Oklahoma, and he got the name Mickey after catcher Mickey Cochrane of the Detroit Tigers. Early in his life, he started training to become a switch hitter; those skills would translate to a long and successful MLB career.

At a very young age, Mantle and his family moved to Commerce, Oklahoma, and he would go on to become a two-sport star at Commerce High School. In fact, he was such a good football player that the University of Oklahoma actually offered him a scholarship to play halfback.

After his career ended with the Yankees, Mantle would go on to become a television commentator and also run some successful restaurants. Mantle died at 63 on August 13, 1995, after battling liver disease, but it was a heart attack that ended his life.

Mickey Mantle was such a big high school baseball star that the Yankees started scouting him at that level. Mantle got his start with the New York Yankees when he was just 19 years old, and he spent his entire 18-year career with this franchise.

When Mantle joined the Yankees, there were already a ton of legends on the roster, and Mantle actually replaced Joe DiMaggio in center field. Known for being a terrific defensive outfielder and a great hitter, Mantle was widely considered one of the best players of his generation.

Mantle was voted the American League MVP three different times in his career, with the first of these awards being handed down in 1956. During that season, Mantle had one of the best seasons in baseball history as he won the Triple Crown in the American League.

He finished his career with 536 home runs and belted 52 home runs during the Triple Crown season in 1956. Injuries actually plagued Mantle throughout his Hall of Fame career and cost him some numbers that would have made his legacy even greater.

Yankees are Class of MLB

If you look at MLB spreads in any given year, then those spreads will usually tell you just how dominant the New York Yankees have been. While other franchises always seem to struggle to be competitive every year, that is never an issue with the mighty Yankees.

The Yankees were established all the way back in 1903, and they have been members of the American League ever since that time. New York has been the most successful team in MLB history, and that’s no surprise based on the talented players that have been on this team.

This franchise has won 27 World Series championships and have also won the American League pennant 40 times. Both of those are records for teams in Major League Baseball, and those numbers will likely improve in the years to come.

Twenty-one numbers have been retired by the New York Yankees, and those numbers represent 23 different players. Mantle is one of the players to have his number retired, and that was done on the day that he retired back in 1969.

The Boston Red Sox are the number one rivalry of the New York Yankees, and these teams have had some legendary battles in the AL Playoffs.