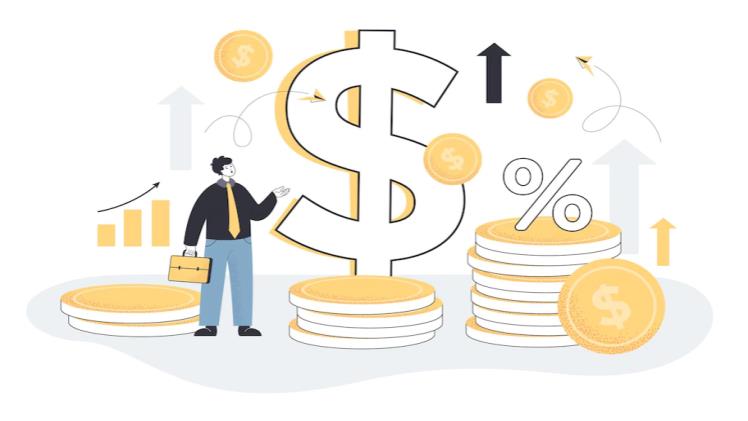 Inflation rises in the US

Previous articleAmazing Casino Promotions and Bonuses at Enjoy11 Singapore
Next articleWhat Should I Look For in an Online Slot Casino?

Understand the main reasons for the increase in American inflation

Inflation in the United States has been increasing at a rapid pace, which brings a feeling of insecurity to Americans, because high inflation means high prices. All products go through a price adjustment, and the protagonist is gasoline; it is getting more and more expensive for Americans to use the car.

The current inflation is the highest in the last forty years, so, for the younger generation who are also the majority in the labor market, facing a crisis of this level is new and scary. To withstand the high price times, many Americans have opted for loans. Banks and financial institutions offer special conditions, and one of them is loans for federal employees.

In this article, we will talk about the reasons that led to the inflation crisis in the United States and also present some methods that can be useful in times of financial instability. If you live in the USA or intend to move, it is necessary to understand: even though the country is large, it has economic power above most other countries, so it is important to be prepared for emergencies

Inflation rose to 9.1% in one year. The expectation was that there would be an increase of 8.8%, but the current result showed an increase that would be the equivalent of 41 years. This means that the prices of goods and services increase, however the value of the national currency does not. So, Americans need to spend more money to buy the same amount of food they bought two months ago.

In infancy, products become expensive, but the population’s purchasing power does not keep pace with prices. Internally it causes a crisis, people start to cut expenses, opting for products with less quality, because they are cheaper or buy in small quantities. The internal crisis has the factor of harming a country more than an external crisis, because a weakened internal economy has a very negative meaning for a country.

There are many reasons for inflation and the worsening status of the US. Let’s start with a reason that was adopted outside of the Biden administration, but is being felt by the current president, the emergency actions against Covid-19. During the pandemic, the Trump administration took many initiatives to control the domestic economy, because one of Trump’s main characteristics was the appreciation of the American economy.

Another possible reason is the war in Ukraine. The United States, as the leader of NATO, is actively fighting against the advance of Russian troops in Ukraine — and, consequently, in Eastern Europe as well. Wars are very expensive, as well as requiring advanced technology and young men to join the army. All these factors weaken the US internally.

Another reason was predicted in 2021 to be aggravated in 2022, which is the US supply network. This involves China’s energy crisis, the United States’ supply of oil that it used to buy from Russia, but, because of sanctions in favor of Ukraine and against the Putin government, the United States has lost its main supplier. Then, the provision of services and basic products like energy became a threat.

The solution found by many Americans was to opt for a loan; if inflation is hurting your lifestyle, look for a bank or financial institution that can help you during this period. Cutting some products was also a measure adopted, so analyze which products you are buying and if you can replace them with others.

You can rely on European laws to create a parameter to protect your privacy online. Make a list of sites that you trust and that you are in the habit of visiting. Also, make a list of dubious websites that appeared to you, then configure your browser to block these unknown websites, always check with your antivirus before opening a link. All care is important, many viruses after being installed are imperceptible, so precaution is your greatest ally.

In this article, we covered the main reasons for US inflation and how you can get through this crisis. Remember that crises begin, but they also end. Did you witness something similar? If yes, you know it’s temporary, if not, talk to your parents and other older people, you’ll understand how inflation is not an eternal monster.