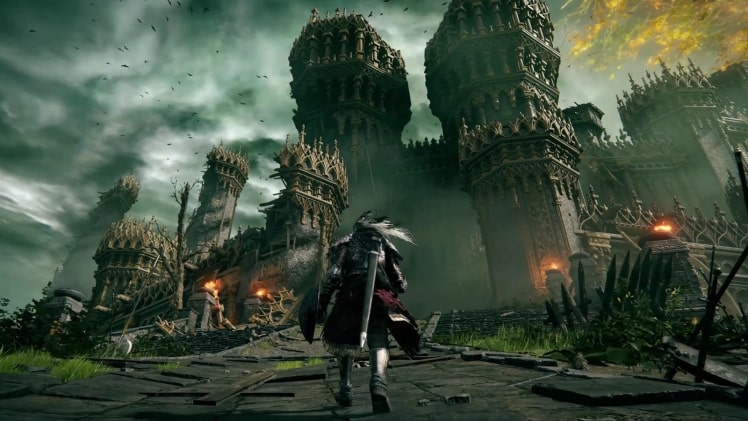 Elden Ring, a new game from Japanese video game development company FromSoftware, is coming soon, as early as February 25th (it was originally expected in January). Therefore, many gamers have wondered what kind of PC, in terms of configuration, they’ll need to run this game and play it without having to deal with bugs, frozen screens, and similar. If you own a PC, the minimum you’ll need is a six-core CPU, which is Intel Core i5-8400, or perhaps a quad-core. In terms of the graphics cards, the minimum requirement is some with a dedicated RAM of 3 GB. Any with 4GB of dedicated RAM is a jackpot. The best option in this regard would be GeForce GTX 1060. Then, your PC must have at least 60 GB of HDD free space, 12 GB RAM, and, finally (or initially) – Windows 10.

There’s a difference between the minimum and recommended requirements. The latter include a six-core, preferably Intel Core i7-8700K. AMD has its favorites too, but we’ll advise you to stick to Intel’s option. That’s as far as the processor is concerned. Nvidia GeForce GTX 1070 (AMD is a backup) is the graphics card necessary to have in the configuration of your PC. Don’t even try playing the new Elden Ring without having 60 GB free space on your HDD, 16 GB RAM, and Windows 10 (or Windows 11).

As said, the Elden Ring arrives on February 25, 2022, for the following devices and consoles: PC, PlayStation 4, PlayStation 5, Xbox One, and Xbox Series X | S. And how it will all look together, see in this short official video.

About the New Elden Ring: Novelties and Returned Stuff

We present you all you need to know about Elden Ring, FromSoftware’s next action RPG, a deadly one, done in collaboration with George R.R. Martin. The E3 in 2019 saw the initial announcement of the company, but the Japanese crew stayed relatively low to focus on Elden Ring. Two years later, i.e. in June 2021, FromSoftware returned with a major gameplay announcement, and since then, we’ve been treated to a flood of new details.

Elden Ring is reminiscent of Dark Souls, although FromSoftware has added a few unique twists. Here’s a quick rundown of some of the new things we discovered during the August hands-off previews:

What to Pay Attention to Before Starting to Play

Here, we’ll mention some drawbacks that are spotted in the new Elden Ring by us and other experts. First of all, and we’ve mentioned it somewhere above in the text, the system requirements for Elden Ring have been disclosed, and they include a whopping 16GB of RAM.

Because of a security flaw discovered in the Souls games, their servers will be unavailable until after Elden Ring is released. As said by FromSoftware, they are working on overcoming this Elden Ring’s security issue. Elden Ring has several toxic wetlands because, according to the Souls director Hidekata Miyazaki, he can’t help it.

Elden Ring has officially started to break the sales, indicating that the game’s final version is ready to be burned into discs and distributed physically.