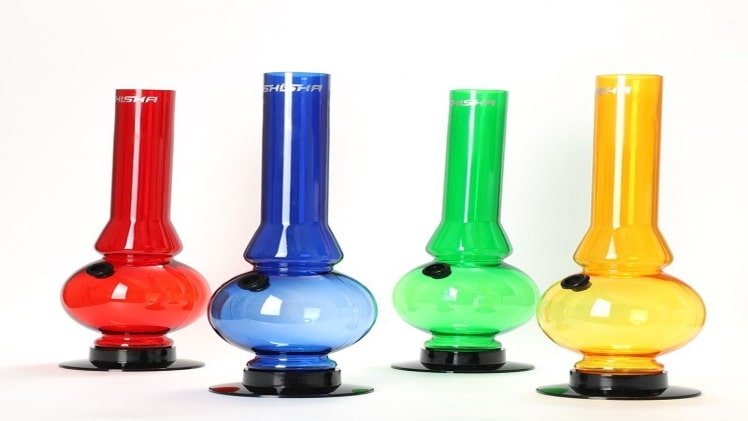 Get rid of your horrible plastic bong and go with a precision glass instrument!

Previous articleGet High Quality Instagram Fans For Free
Next articleThe history of dice: why they are so popular?

If you’re anything like me, you have gone out of your way not to have an absurdly large collection of bongs. Various friends of mine of managed to accomplish that over their time, but I’ve always tried to keep it down to just a few that I really really like, ones that stand out and are examples of local glass craftsmanship at its best.

Unfortunately, my friends are classes, especially if we are drinking along with using the bong. They drop it, they tip it over, they are just generally careless without meaning to be. If I’ve had a drink or 2, I myself have been known to damage a bong out of clumsiness as well, and historically, this is led me to have a cheap, plastic bong for use on a daily basis and when clumsier, router your friends are over.

The problem is, plastic sucks in general. Drinks don’t taste as good out of plastic bottles as they do glass bottles, so why would smoke be any different? Also, while the chamber and bowl obviously aren’t plastic, they get hot and work the plastic over time. Plastic also absorbs the bitter taste of the bong water, re-imbuing the freshwater with that flavor and the smoke as well. Glasses easier to clean than plastic, glass is easier to maintain a site from its fragility.

For a long time, though, without a glass cutter and some skills that I really don’t possess, I couldn’t have cobbled together a better, less fragile glass bowl and bong for my personal use out of things like glass cooking and lab equipment. It left me wondering, though, why aren’t there any bongs made out of Pyrex, using similar form factors imprecision to lab equipment? It seems like common sense, and I was elated for a moment that perhaps I had had $1 million idea until of course I discovered that such bongs have existed for quite some time though you generally have to go online to get them.

There exist designers and manufacturers of these in New Zealand, Australia and Europe that have done just that these bongs are somewhat simplistic in their look, less whimsical and artistic, but are stately and attractive in their own way. They are modular, easier to maintain, easier to clean and far less fragile with their tempered Pyrex glass composition. When they crack, they completely shatter of course, but they are really hard to crack.

When I got one of these, I quickly discovered that my clumsy friends couldn’t break them by actually tipping them over or dropping them while on the couch, at least as long as I had a rug between the couch and the tile floor. I found that I didn’t accidentally crack them when cleaning them while buzzed, and that was a big help to. These are affordable, so in the event that they do break, it isn’t like replacing my one-of-a-kind collectible bong, the ones they use on special occasions.

If you are interested in ditching your cheap plastic bong for something affordable and still comfortable for daily use, [company name] is your one-stop bong shop for ozbongs and other similar bongs like them!

Visit Here to know about more info about it worldfree4u.

You should visit this site: magazinewallet.com